For Your Consideration: The Portland Women’s Mentorship Program

In the past two weeks, I’ve had the opportunity to learn from two of the most influential writers living in Portland: Lidia Yuknavitch and Cheryl Strayed. Yuknavitch, author of the recent novel Dora: A Headcase and the heartbreaking (and then heart re-building) The Chronology of Water, sat down with me for a lengthy interview on writing, the Portland writing community, and being a female writer. She was the keynote speaker at the recent Write to Publish Conference put on by Ooligan Press, a one-day event that brings together writers, readers, and publishing industry professionals to discuss different aspects of the publishing industry. 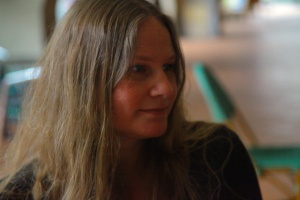 I was nervous to interview her because I have admired her since I first found out about her. I’ve heard her read a few times, listened to her talk about writing and sexuality at last year’s Wordstock Literary Festival, and read at the same literary journal launch party as her a few weeks back. She immediately put me at ease with her motherly affections (we hugged!), her wisdom, and her enthusiasm (at one point we so intensely agreed on a point that she high-fived me). What I took away from this amazing opportunity to pick the brain of someone I admire as a writer and a person (beyond the shit-eating grin I had the rest of the day and being able to say to people, “Lidia Yuknavitch totally gets me”) was knowing that there are strong women who have already blazed a trail in writing and now they want the next generation to follow them down it–and push it farther.

A week after meeting with Lidia, I had the opportunity to hear someone from her writing group (what a talented group of women that is) speak on her experiences as a writer. Cheryl Strayed, author of the popular memoir Wild and the advice column turned book Tiny Beautiful Things, was the guest speaker at the inaugural Dean’s Lecture Series at Portland State University. She talked about the story behind her memoir of hiking the Pacific Crest Trail, her experiences writing the book (“My writing is always a struggle. I’m always full of uncertainty and doubt”), and the book’s reception.

Confession: I have yet to read Wild, but I knew the story behind it, well at least I thought I did. I knew that Cheryl had some personal struggles that led her to take the long-distance hike that can take up to eight months to complete. What I didn’t know until I heard her speak about the book was that it was the death of her mother that brought on this impulsive decision to make the miles long journey alone. Cheryl lost her mother to cancer when she was in her early twenties. “The world split in two. There was the world with my mother in it and the world without my mother,” she explained at last Monday’s talk.

The loss of her mother inspired this incredible journey, which inspired a powerful memoir, which has now led Cheryl to talk to other young writers and motivate them in ways she may not know. On her development as a writer, Cheryl said, “I was a young woman who wanted to be a writer before I knew someone like me could be a writer.” Reflecting on the loss of her mother and how she hit rock bottom in a misguided attempt to honor her–to show her that nothing else mattered once she was gone–Cheryl realized that the best thing she could do for her mother was to keep living. “The greatest thing my children could ever give to me would just be to thrive,” she added.

Lidia and Cheryl are both strong women, mothers, and writers. I can’t think of two better people to look up to as a young writer. Even better, they take time out of their busy lives to talk to young writers, to offer inspiration, and to mentor them in their writerly journeys. It takes a special kind of person to take a break from her work and help another writer with hers. Lidia and Cheryl are mother-mentors for writers like me to admire. I couldn’t make my writing journey if it weren’t for women like them making theirs first.