In the 1960s and 70s, during the height of the feminist second wave, there was a slew of books considering women’s rights and their sexuality with the pinnacle of non-fiction being Betty Friedan’s The Feminine Mystique (1963) and of fiction being Erica Jong’s Fear of Flying (1973). I’ve read them both. I’ve considered what they mean to me in contemporary America and as a third-wave feminist. I’ve scribbled lines from them to be recited when I hit that brick wall known as the modern misogynistic man. But something tells me that it’s Fear of Flying that will stick with me the longest.

I think this is due to its genre: I can always relate more to fiction than non-fiction. Though that may sound counter-intuitive, I think it is because of the poetic license that comes with fiction: there is a freedom that comes with not being caged in by the need to tell the truth. Also I think it’s because Erica Jong is a new personal hero of mine. I had the good fortune of seeing Jong speak a few weeks back in Brooklyn in celebration of the 40th anniversary of her book. All the marketing about the 40th edition of Fear of Flying touts the book as being one of the first pop culture contributions to address women’s sexuality–before Girls and before Sex and the City. While this is true, and while the book contains some great reflections on women’s sexuality, I was happy to see what more it had to say beyond the pill, abortions, and noncommittal sex.

While it’s good marketing to talk up the steamier scenes of Jong’s novel, I think it is far more valuable to mention her numerous reflections on womanhood, the writer’s life, and what it means to combine the two. The novel’s protagonist Isadora is an intellectual New Yorker, 29 and married to her second husband, who attends a conference for psycho-analysts in Vienna and falls for the brash yet charming Brit Adrian. Her affair becomes the main plot of the story, but it also acts as a catalyst for her to consider her past relationships and her relationship with her family, and how each affects or is effected by her decision to be a writer.

Isadora is one of four daughters. Her three sisters are all married with kids. Throughout the novel, her family paints her as something of a black sheep for choosing not to have children. “Why did they have to keep rushing me and trying to cram me into the same molds that had made them so unhappy? I would have a child when I was ready. Or if I wasn’t ever ready, then I wouldn’t. Was a child any guarantee against loneliness or pain? Was anything? If they were so happy with their lives, why did they have to proselytize all the time? Why did they insist that everyone do as they did?” I found this line of questioning to be applicable to my own life as a female writer and really universal to all women writers. Whether or not your family makes a leper of you for choosing writing over parenthood, there will always be someone who thinks you are unconventional or unfeminine if publishing a book means more to you than having a child. I don’t know with certainty where I stand on the debate of whether to have children (I can say that at 26 I definitely don’t want any right now), but I appreciate hearing a woman’s perspective on it that says we can choose our careers over reproducing. Let me ask this: are there any books about male writers where a central concern of theirs is whether they can be a writer and a parent at the same time? I can’t think of any.

Later in the book, as Isadora oscillates between the decision to stay with her husband or 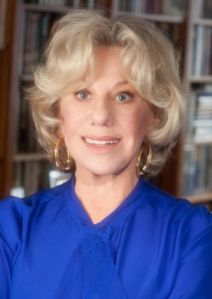 leave with her new lover, she runs into her old analyst and unloads her troubles onto him. He reminds her of something he had used to tell her when she was his patient: “‘You’re not a secretary; you’re a poet. What makes you think your life is going to be uncomplicated?’” Having been a secretary myself, I relate to this line so much that I’d like to tattoo it on myself, or at the very least put it on a bumper sticker (I don’t own a car, but you get my point). This isn’t to say that being a writer is more difficult than being a doctor or a police officer or any other profession, but I do believe that choosing a career path in an artistic field–full of uncertainty and rejection and fluctuating self-esteem–is incredibly scary. I want to give up all the time, but you can’t give up on something that is deeply ingrained in you. Being a writer is as much a part of me as being a woman is. Thankfully there are people like Erica Jong who have already paved the way down this long and complicated road of being a woman and a writer. Fear of Flying is like a guidebook for those of us currently on this journey.